As a state located in the southwest, anyone not from Arizona might be surprised to know that many areas of the state get cool weather in spring, fall, and winter.

This means that in the northern or eastern portions of the state, warm-season grass won’t grow nearly year-round like it might in certain southern and western locations. Here, we’ll go over which grass grows best in the different regions of Arizona.

What Type Of Grass Grows Best In Arizona?

The best grass choices for an Arizona lawn will vary by your property’s location within the state, as well as how frequently you use your yard or field. The criteria you should consider when deciding which grass is right for you include: 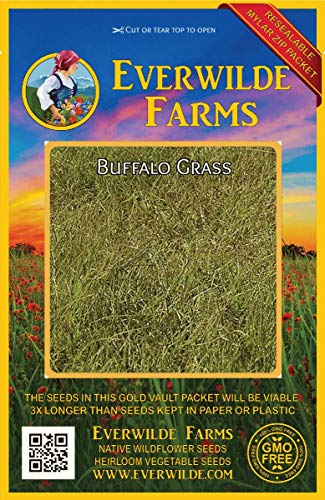 Arizona is known for its dry heat, and with the right amount of irrigation, certain grasses will thrive in the heat of the region. These grasses include:

Buffalo grass is among the best choices for an Arizona warm-season grass. This turf grass is actually native to the Western Plains regions of the US, which includes the north and eastern portions of Arizona. It’s an extremely drought-tolerant grass that has low watering needs and prefers the dryness of the climate. Buffalo grass has deep roots and above-ground horizontal root extensions (stolons) that help it spread out across a yard and create a durable green lawn.

Its dense root system makes buffalo grass a great lawn, but due to its easily damaged stolons, it shouldn’t be planted in yards that get a lot of wear from foot traffic. It’s a great option for fields and yards that get lots of sun, as this grass is used to the region’s usually cloudless days. The grass likes the well-drained, clay soils of its native environment, and it won’t do too well if it’s over-watered.

This allows it to be able to handle the clay soils of Arizona, despite Bermuda preferring sandy soil; in both cases, it prefers well-drained ground. Like Buffalo grass, Bermuda does best in the open sun, and this, coupled with its dense root system and spreading nature, makes it a great grass for fields and actively used yards.

Bermuda is a drought-tolerant grass, but it has slightly higher water needs than buffalo grass, which can tolerate the dry Western conditions.

Zoysia, like Bermuda, has both rhizomes and stolons that can store moisture and work through the clay-heavy soils in Arizona. Another great turf grass that can handle wear, Zoysia is a slower grower than Bermuda and buffalo grass, but it creates the tightest coverage. Unlike the other two warm-season grasses, Zoysia can tolerate some shade, which makes it a good option to mix in a yard that has both trees and open spaces.

This drought-resistant grass doesn’t go dormant as fast as Bermuda, allowing it to tolerate the cooler temperatures in shade and on either side of the summer season. This also makes it more likely to survive the temperature swings of the West, where nights can be much cooler than the days, even in the summer.

St. Augustine is another sun-loving warm-season grass that is also tolerant of some shade during the day. It won’t do well in full shade, but some varieties, particularly Palmetto St. Augustine, will do well with mostly filtered light, needing only a few hours of direct sunlight during the day.

In general, St. Augustine grass is a ground cover that doesn’t do well with foot traffic, so it’s a good choice for out-of-the-way areas and across yards and fields that don’t get used frequently. The grass spreads with stolons, above-ground root extensions that grow vigorously across the surface and can be easily damaged. 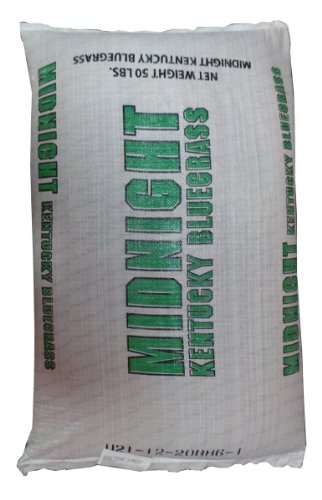 In the north and eastern parts of Arizona, which have a higher elevation and are rather mountainous, temperatures cool down from fall to spring. The top choices for cool-season grasses include Kentucky bluegrass and grasses from the fescue family.

Kentucky bluegrass is a hearty turf grass that will do well in the coolest parts of Arizona during fall and winter. This grass will tolerate frosts and snow, and with its rhizome root system, the densely growing grass insulates itself to survive over winter. For this reason, as well as for the fact that it does great in full sun, bluegrass is a good turf grass option for sports fields and back yards during the colder months of the year.

As the only cool season grass with rhizomes, it’s a fast spreader and will fill in any bare spots that might get damaged. Unlike the warm-season grasses, Kentucky bluegrass has a high water requirement to keep it green and it may slip into dormancy if temperatures warm up and it’s not being given sufficient water.

In contrast to Kentucky bluegrass, tall fescue and turf type fescue are very drought tolerant. Unlike the other grasses profiled, fescue is a bunch type grass, which grows in small groups from seeds rather than putting out any root extensions to spread. It has deep roots that reach down into the ground for moisture, and they like to be able to dry out between waterings.

Due to its substantial roots, fescue can do well from early fall through to early summer. When planted in shaded areas, some heat-tolerant varieties of fescue may be able to stay green for much of the warm season, depending on your location within the state. Fescue is a true transition zone grass that has advantages in middling temperatures.

When Should I Plant Grass Seed In Arizona?

Due to the variation in climate types across the state, different areas can plant or overseed a yard on different schedules. The warm southwestern region of the state has warm temperatures nearly year-round, with only a couple of months of cooler weather. In these areas, a lawn can be seeded from spring to early fall, avoiding the hottest and driest parts of the mid to late summer.

Using seeds that are coated or applied in a hydromulch may help the success rate for germination since these will help seeds retain moisture that might otherwise be lost to the dry Arizona air.

In the northern and eastern parts of the state, warm-season grasses should only be planted at the beginning of summer so they will be mature and strong enough to prepare for dormancy at the end of summer, to then enter the low-energy stage in fall. Cool season grasses should be overseeded in the early fall and early spring so they’re able to prepare for their own dormancy periods when the summers are hot and the winters are their coldest.

Before planting grass seed in Arizona, be sure to aerate the ground. The clay-heavy soil can become very compact and needs to be loosened up and amended before applying grass seed. Adding compost, worm castings, and topsoil to the ground will help build the soil for your grass to take good hold of the surface and build up a healthy turf. 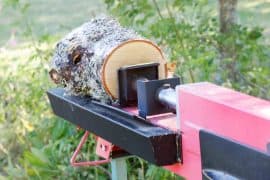 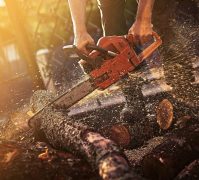 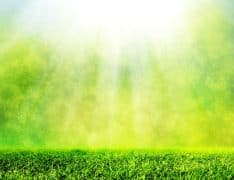