Fescue is a group of medium-height turf grass that is a cool-season favorite for lawns. This grass type is a top choice for homes, golf courses, and agricultural forage fields because of its dense coverage and resilient features.

Fescue grass grows more quickly than average, with a germination period of about two weeks. This speedy growth makes it a great choice for grassy areas that you want to establish sooner than later.

When To Plant Fescue Grass Seeds?

Cool-season grasses like fescue should be planted in early spring and early fall. Fescue grass seed’s germination temperature is reached when air and soil temperatures are consistently around 65 degrees; they are best suited for the northern and transitional parts of the US. Watching the forecast for a streak of moderate temperatures will help you choose the right time to plant.

When planting in fall, be sure to sow seeds so the grass can grow in before the first frost. In spring, wait until the last frost has passed before planting. Plan for three to four weeks after sprouting for the grass to reach maturity. It will be able to withstand regular morning frosts after it has fully grown in.

How Long Does Fescue Take To Sprout?

The two-week germination period for fescue seeds is a faster growth rate than other grasses. Compare this to centipede grass, which takes an average of 3 weeks to sprout, or Kentucky Bluegrass, which can take from 3 to 4 weeks to germinate.

The growth period may be affected by the consistency of the air temperature, the amount of rain or watering, and the fertility and condition of the soil. There are some things you can do to make sure the grass grows in a timely manner.

Different soil types will need preparation according to their location’s unique characteristics. Performing a soil test to measure the pH level and the nutrient balance is the first step to preparing your lawn for your new fescue grass seed. Aerating or tilling the yard creates the best growing environment for the seeds. Topsoil with lots of air gives the newly growing roots space to stretch into.

Tilling the soil before seeding will also ensure that there is no soil compaction at the time of planting. Roots trying to grow in compacted soil can’t extend as quickly, and irrigation is disrupted. Adding sand to the soil will help your fescue grass grow deep roots since the sand will allow water to drain down, encouraging the roots to follow the water downwards.

When tilling the ground, any weeds present can be tilled into the soil as a green manure fertilizer to provide your new seeds with a boost of nutrients. Using mulch or straw coverage to protect the seeds will also suppress any potential weeds from finding their way in among the new grass.

It’s generally recommended to avoid using herbicides when you plant grass seed. It’s also a good idea to wait until the lawn is mature and has been mowed a couple of times before using pre- or post-emergent weed killers to avoid any complications during the grass’s critical growth period.

Most fescue is a clump-type grass, meaning the roots grow in small groups and grow down rather than out. These deep, tight root clusters give the tall grass an anchor in the ground. Long roots allow it to be more tolerant to drought and heat than other cool-season grasses since they reach deeper into the ground for soil moisture.

To help protect the cool-season grass roots over summer, so they are in good condition to re-emerge in fall, overseed your fescue lawn at the end of spring with warm-season grass. Since summer grasses like Bermuda and zoysia have shallow, dense roots, they will provide a barrier on the topsoil from the sun for the deeper fescue roots.

Newly planted grass seed needs to be watered twice a day, every day until the blades of grass have started to grow. The rule of thumb is to water ten minutes at a time, once in the morning and once in the evening.

Soil that was prepared to be well-draining for the fescue grass will encourage deep roots, but it also means the topsoil will dry out more quickly. If you have time or timed sprinklers, you may want to water the seeds three times a day for seven minutes each to ensure the topsoil doesn’t dry out from the sun in the middle of the day.

Most fescue grass spreads by seeds from its flowers when they are allowed to grow to maturity without being mowed. When not used as a lawn, fescue grasses may be used for ornamental spaces, especially in meadow and pasture settings. Originally (and still) used as a forage grass, it was chosen for its durability as a turf grass and is now an option for cool-season lawn coverage. It comes in a variety of species, some of which include:

However, tall fescue’s germination time comes in just under two weeks when done in optimal conditions, taking up to 12 days to sprout. 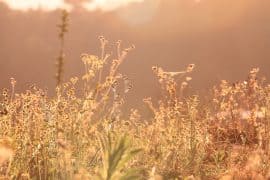 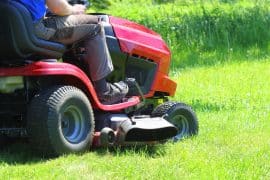 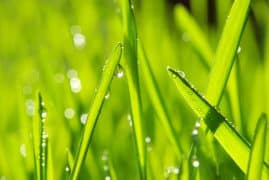 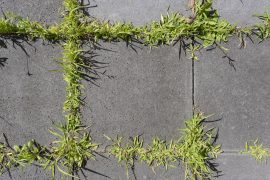 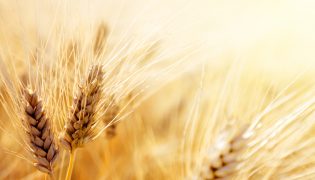 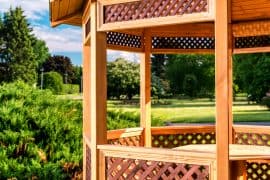