If you have blue fescue in your yard, you likely chose this ornamental for its vibrant silvery blue foliage and light tufted flowers (and maybe also for its ease of care). As a fescue, it has some characteristics in common with the tall fescue turf grass, like growing in bunches and cool-season heartiness. This species of fescue, however, is an evergreen perennial, and over time some leaves will turn brown as it ages. Too many brown blades of grass, however, might be a sign of a problem.

Festuca glauca, or blue fescue, is a robust evergreen that can handle cold, frost, and snow, as well as a degree of heat in the summer. The cool season grass has deep roots that allow it to reach ground water one or two feet down. These long roots also store some of that moisture that allows it to be tolerant to longer periods of drought, either in winter or summer.

When temperatures get warm enough, or conditions dry enough, some of the grass blades may be sacrificed to save moisture, and allowed to brown and die. These brown leaves not only save the plant energy, they insulate the grass from the heat by providing some shade to the living blades. High enough temperatures can cause the plant to go dormant, and some leaves may brown as it prepares for slowed growth. This is why, in some areas, the plant is known as a semi-evergreen.

On the other hand, in winter, some blades may die back as it prepares for dormancy and provide insulation from the cold. Seasonal turnover of a few blades is normal since more will regrow the following year. If there are a lot of unseasonal brown blades of grass, however, it may be a sign to inspect the plant’s condition more closely. 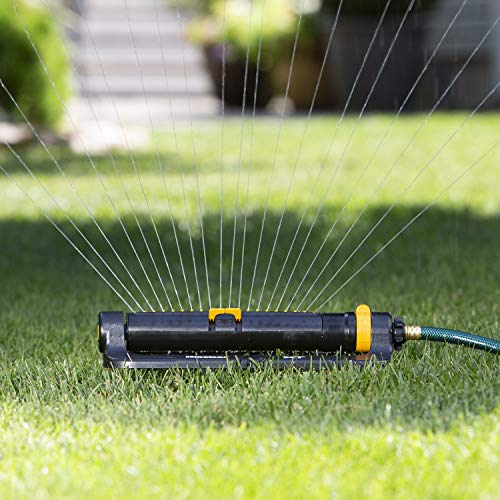 Fescue grasses are known for their drought tolerance due to their deep roots, and blue fescue grass is no exception. It can tolerate warmer climates and months better than other cool season grasses, which makes it a popular landscaping choice as an edging or border; as groups or scattered bunches within a garden; or in mass plantings for tight coverage of a larger area.

How Often Should I Water Blue Fescue?

Although the plant is planted for its drought tolerance, it doesn’t mean it doesn’t need water at all. Since this grass can go a little longer than other kinds of grass without water, it can easily be stressed once it reaches its maximum. The plant likes well-drained soil that retains some moisture but dries out a bit as well, requiring about an inch and a half of water per week.

Like all grasses, compacted soil is a problem for the roots and overall health of blue fescue grass. Blue fescue has long roots that reach down for moisture, so it likes well-aerated ground that drains. Before blue fescue is planted, make sure the ground is able to drain by aerating and mixing in amendments as necessary (fescue likes sandy soil especially). This is important whether you plant the grass pregrown or if you grow it from seed yourself.

Clay soils may be especially difficult for blue fescue, since clay is both dense and holds a lot of water, conditions fescue doesn’t do well in. If you have clay-based soil but you want to give blue fescue a try in your yard, aerating and mixing sand into the ground will help break up the clay and allow moisture and oxygen to exchange up and down through the soil.

Age Of The Grass

An individual bunch of blue fescue grass will live for a few years, usually between 2 and 4. While this is more short-lived than other lawn or ornamental grasses, the unique look of blue fescue is what has people planting it over and over. As the plant ages, like all grasses do, some leaves will turn brown and die off. These dead blades aren’t a problem, and, as noted, some thatch buildup is good for the grass in summer and winter.

How Do You Keep Blue Fescue Looking Good?

Aside from weekly watering, the plant needs a little maintenance once a year in late winter or very early spring. The particular maintenance strategies for ornamental blue fescue grass include: 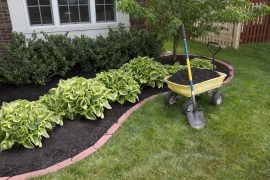